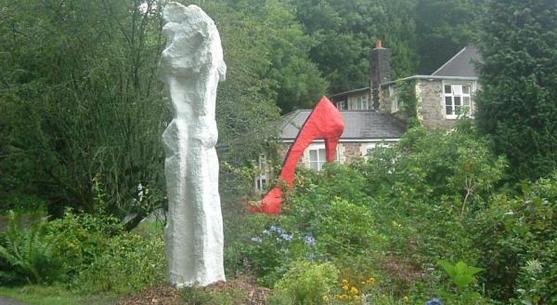 Unfortunately for North Devon jazz fans, Rinus and Aniet have sold up and moved to Spain. Broomhill is still in operation but under new management. They have various ideas and plans for the future but at the moment it's unclear whether live jazz will feature in these. If anything comes up, we'll obviously let you know here.

​With regret, we have to accept that the Queen's Theatre can no longer be regarded as a jazz venue, not having featured any jazz at all (and precious little other decent music either) for a number of years now. This is a great shame, as over the years, they've put on some fantastic gigs featuring really big names on the U.K and international jazz scenes, people like Stan Tracey's big band, Guy Barker, Michael Wollny, Marius Nesset, Dave Liebman, Marcin Waciliewski, even the Bad Plus (twice!). What made this possible was the enthusiasm of Alan Giddings, who was the director of North Devon Theatres and a long-time jazz fan with long experience of promotion and loads of contacts. For years, he struggled to nurture an audience for his favourite kind of music in the face of many people's reluctance to take a chance on names they hadn't heard of.

Unfortunately (for us at least), Alan retired. This, combined with stringent funding cuts, resulted in a severe reduction in the amount of jazz in the programme, and, as noted above, this has now dwindled to zero. Its presence on this page is basically a "place holder", just in case the situation is turned around at some point in the future. 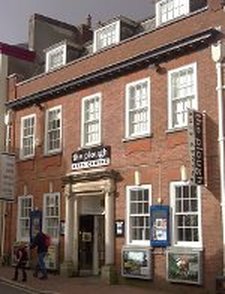 Described as ‘the largest arts centre in the smallest town’, the Plough Arts Centre has been the cultural heart of this small community for over forty years. There's a café/bar/gallery area in the foyer and an intimate but adaptable performance area. The wide-ranging programme features drama, film, folk/world music and of course jazz (otherwise  it wouldn't be on this page). Past gigs have included Alec Dankworth's band, Gilad Atzmon's Orient House Ensemble and Courtney Pine.

This is a reincarnation of what used to be the South Molton Jazz Club at a new venue. The stated aim is to put on quality jazz provided by properly supported and paid musicians.  The club now usually meets on the first Friday of the month (hence the name), at the Jubilee Hall in Swimbridge (aka Swimbridge Village Hall). The programme features a mix of styles, with something for everyone. As the organisers emphasise: "All musicians who perform for the club will be paid. This is NOT a talent contest, free mike night, or come and have a go type operation."
​
http://www.firstfridayjazz.uk/
https://www.facebook.com/FIRSTFRIDAYSWIMBRIDGE/